Our trip down south didn’t start as early as I had thought it would. We didn’t finally get out of Vicenza until about 1 in the afternoon! With all the stops we made and the winding roads through the mountains 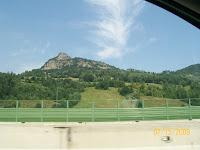 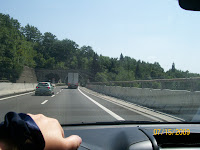 And getting lost when we got closer to Camp Darby we didn’t get started setting up our tent until about 5:30. We had bought a 3 person tent which was just big enough for the 5 of us. When we go camping again we’ll have to either buy a bigger tent or just another one and let the kids have the little one! We took some foam pads to lay on instead of the air mattresses (didn’t want to take the chance of them getting a hole before Nell and all them showed up) so that made life a little easier. When we finally got the tent and everything set up we went for a little walk to find sticks for toasting marshmallows. Bella found a ton of sticks to use. Some were too big of course but it was still fun watching her find them all! 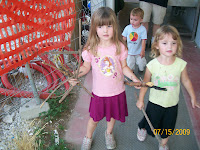 The kids were so excited to be camping. They had a blast sleeping in the tent and playing in the dirt. Bella picked up all kinds of rocks and made a “lake” with them on the picnic table. I had told them that we were going to go swimming in the Sea so she was all excited.
The next morning the kids were up with the sun (at like 5:30) and we let them play in the tent until about 6:30. We got up and goofed around until about 9 and then were on our way to Rome. It was still a 3 ½ hour drive so we weren’t going to be there until around 1 but we figured that would be enough time. On the way down there we go to see the Mediterranean for the first time. It was so blue and beautiful! I couldn’t wait to actually get to swim in it when we had time to go to the beach. 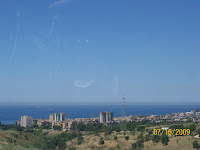 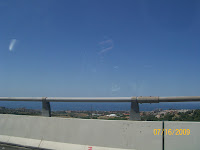 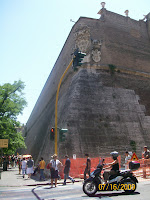 We started at the Vatican. I took so many pictures that there’s no way it could all fit on here so here are just a couple of the good ones. 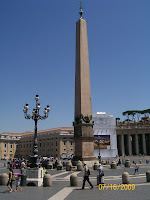 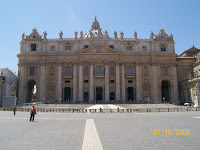 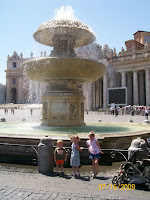 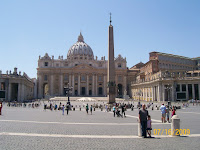 I couldn’t believe how incredible the Vatican was. It was beautiful and there was so much to look at. We didn’t go in the Vatican or the Museum because the lines were 2 ½ hours long and we didn’t want to wait that long with the three kids. So we bought a Double Decker bus ticket and rode around Rome. I took so many pictures of everything we saw. 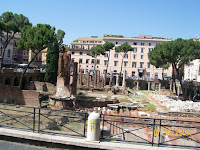 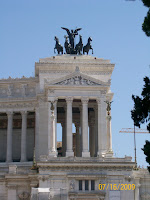 We took the bus clear to the Coliseum and got off there. We stopped to have ice cream before we went walking around. The kids by this time were getting hot and cranky so the ice cream was a good break in the middle of it all. The line to the Coliseum was also about a 2 hour wait so we just decided to walk around it and get what pictures we could. 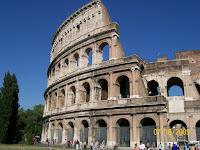 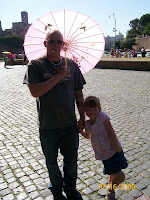 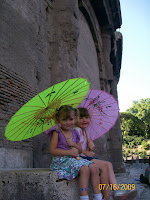 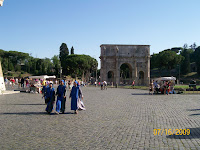 We were lucky to get back to the bus when we did. It was the last run of the day (which we didn’t know) and Ben was sleeping by this time too so it was a good time to head back to the van. We didn’t finally get back to the van until almost 8 so our trip back was mostly at night. Rome was such an amazing city. Everyone had told us that you had to have more than just a day to see it but I’m glad we only took one day for Rome. There was a lot we didn’t get to do but we got to see everything and the kids stayed happy for the most part. 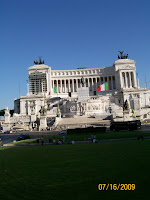 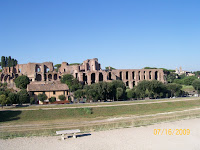 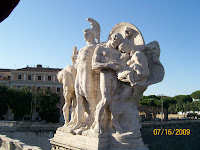 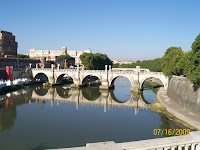