July 5
We didn't really do a whole lot today. Just wanted to drive and see where we ended up. So we headed out towards Vo (where the winery is) and tried to find a couple castles that were supposed to be out that way. Well, we didn't find any castles but we saw some incredible scenery and some other cool/wierd things. 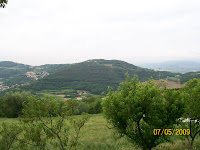 Somewhere in the Veneto region 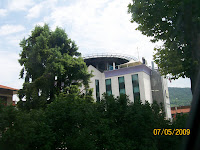 A Heli Pad on top of a Hotel 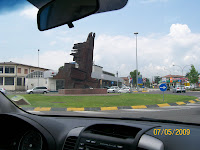 I think that's a horse.....
July 7
Today we decided to do something fun with the kids so we broke out the paints and made rain sticks! It was a blast! Brandon thought I was crazy for saving all the paper towel and toilet paper rolls but I knew it would pay out when we finally used them! 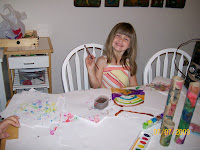 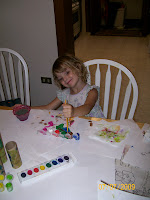 We also had a little birthday party for our friends son Eian. He's 7 now. Tina made a lemon cake and it didn't turn out to be the nicest looking cake but it still tasted good!

Again another day of doing nothing!!! Playing out in the sun in the back yard and fixing the toys that we hadn't screwed together yet (the water table and house)! Ben had a blast playing with the drill. Once he realized that he could push the trigger and it made noises and moved he wouldn't put it down. Of course he was scared of it at first but so were the girls! Trinity loves to pose for the camara so I couldn't help but take a ton of pictures of her. She's so adorable....blowing kisses!!!! 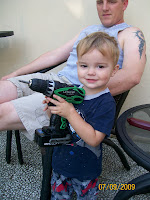 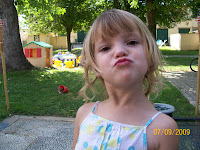